When going on an adventure that’s off-grid, survival is should be the first thing on your mind. While technology makes humans stronger than animals, being smart is the key factor between life and death when going off-grid. It’s surprising what one can do with some ropes and the knowledge of how the tie them together. Here are 3 knots that one must know to survive any situation: 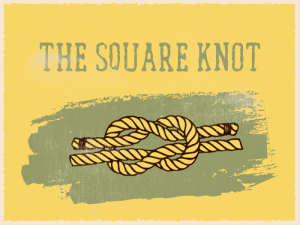 The square knots must be known by all because of how basic yet useful it is. This is because of its ability to tie two ropes together. You need to know how to do this because small ropes are what is often found in emergency kits since it is easier to store. Being able to combine two small ropes into a long sturdy rope might be just thing you would need in a dire situation. Also, the knot this creates is flat so a square knotted rope would also be easy to store.

The only downside of this is that both ropes need to be equal in terms of thickness. If the two ropes aren’t equal, then the knot will slip off. 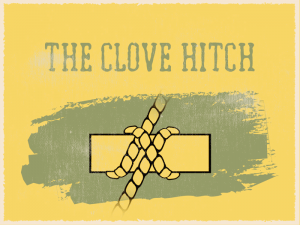 When creating a makeshift shelter, the clove hitch knot is what you need. This is because cleaving is done put up a shelter and that’s exactly what this knot does. When a rope with this knot is attached to a pole or log, the rope can be used to attach it firmly to something else. Usually, it is found in the middle of the rope since the knot will hold it better when the tension on both sides is the same. When this is done, it will hold tight and won’t slip loose unless excessive movement and wear is applied to it. It also easy to do and undo as well being easily adjustable; the tie point can be shortened of lengthened without untying the whole thing.

It is also a basic climbing knot that can be used as an anchor. Although, it must be secured well since it isn’t as strong as the more advanced anchor knots.

It is important to note that the effectiveness of this decreases a bit when it becomes wet or frozen. 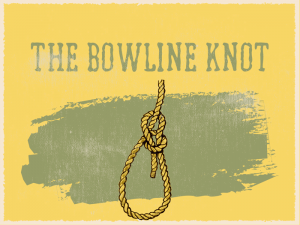 This is considered one of the most important knots to know because it combines the effectiveness of both the square knot and the clove hitch into one knot. The ability of it to be used for multiple purposes – which includes being an all-purpose camping knot – makes it similar to the square knot. On the other hand, it is like a clove hitch because it can be used as a climbing knot except it is sturdier. Aside from these, the bowline knot has its own unique uses. These include hanging your food up in the air so it won’t be eaten by predators and making rescue ropes. It is also useful for securing animals because of how gentle the knot is on the necks since it doesn’t slip or tighten too much.

With the knowledge to create knots that can help one to create long ropes, climb, create shelter, rescue people, and keep food safe, you can definitely survive in the wild. If you want to know how to create them, then head on to the search bar and look how you can learn to do so.